Nastyware Claiming to be Adobe Reader

I just received an interesting email, claiming to come from Adobe. This is the first time I’ve seen such a sneaky attempt to get me to download something to my computer that could do some pretty nasty stuff to me, my computer or my online reputation.

Take a look at this screen shot: 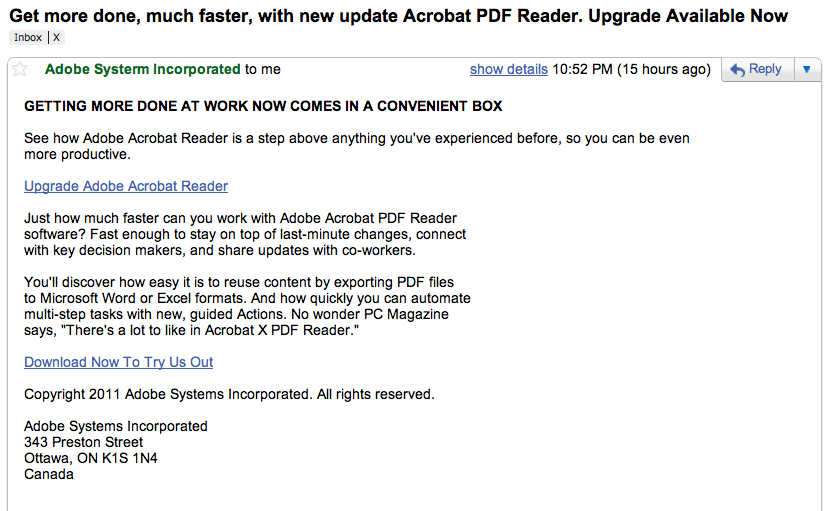 The email seems to come from Adobe Systems Incorporated, but when I did one level deeper, it’s from Adobe@news.protours.de – not an Adobe address I am familiar with. I also clicked on the download links – I use a virtual machine that can easily be reset for such potentially dangerous clicks – and I ended up on a server in the former Soviet Union (.su) – always a good indication that whatever a web site claims is probably not what you are going to get.

So, if you receive such an email, don’t click on the link. There is only one source for save upgrades of the free Adobe Reader: Adobe’s own site at http://get.adobe.com/reader/

3 Responses to Nastyware Claiming to be Adobe Reader